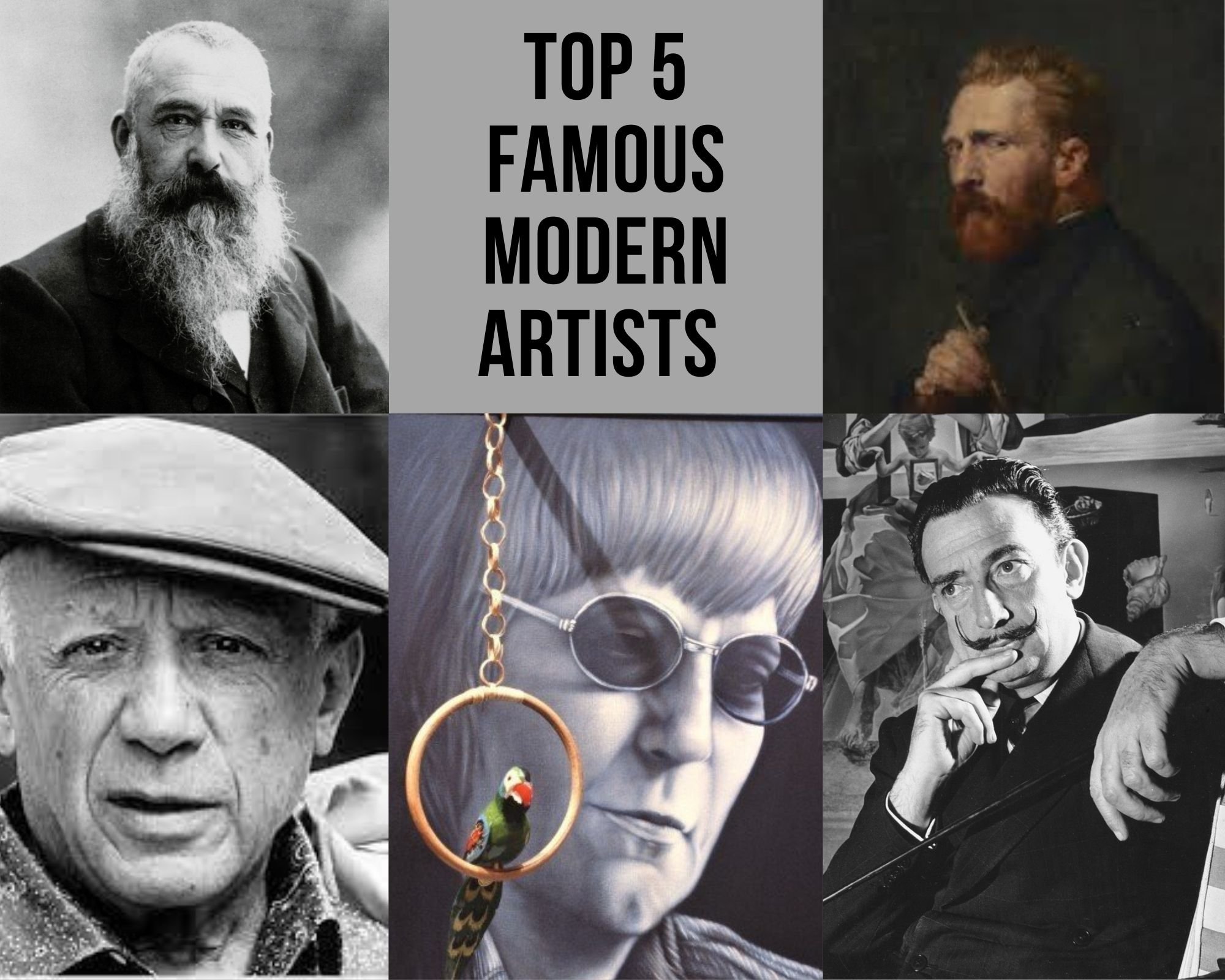 What is Modern Art?

Modern art describes the art pieces produced by different artists in the period ranging from mid-19th century to mid and late-20th century. After this the era of contemporary art begins.

This period signifies the peak of modern art. The artists from this period broke away from the past stereotypes. They shaped the future of art, paving the path for more techniques and unique ideas.

The notable genres that were introduced during this era are

All of them signified modernism and the start of a new era.

Modern Art witnessed many artists. Their pieces are still appreciated around the world. Works produced by them set a ground for all future artists.

They also introduced several methods that are still used by artists.

Let’s have a Look at Best 5 Famous Modern Artists in the world .

Diana Roy was a complex yet creative soul who created unique images out of the ordinary ones. She used to enjoy working during the early hours of the morning.

She has created some of the masterpieces; with imaginative skills and an out-of-the-box thinking style, she has created an impressive body of artwork.

Picasso showcased a deep interest for art from an early age. His work revamped Cubism. Artists who had previously used cubism depicted art from a different point of view through abstract art.

Picasso’s style kept on changing throughout his career. He came forward with 1900 stunning art pieces in his life. Most of them are now owned by museums. He is without question the most famous artist till date.

Despite Van Gogh leading a troubled life, infused with mental instability, he is still regarded as one of the greatest artists of all time. His painting showcased vibrant colors and picturesque themes.

He rose to fame a decade after his death, but produced 2100 art pieces in his lifetime that focused on post-impressionism.

His work also encompassed surrealism. The artists who focused on this genre rejected ideas like realism and rationalism. Instead, they uncovered the power of imagination and channeled that through their paintings.

Dali is most renowned for his work towards surreal art. One of the most influential figures in modern art, he is best known for his striking and uncommon paintings.

Regarded as the founder of Impressionism. The movement is also named after one of his paintings “Impression”. Monet’s work incorporated use of light and shade, natural poses, and bright colors.

His work included natural phenomena such as rain, steam, mist, etc. He produced around 250 paintings in his lifetime. He laid out the framework for revolutionary art.

Born in France, he is the most famous French Artist who is known around the world.