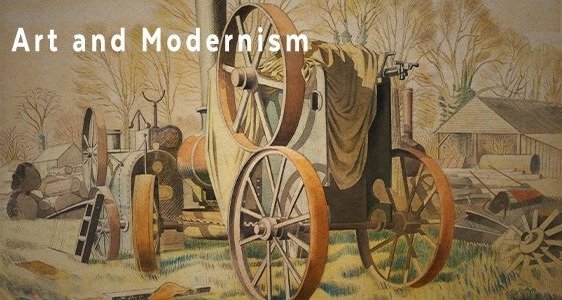 Modernism is the distinguishing feature between the modern era and the past. It presents itself as a doorway that unlocks many new forms of expression in the art world. Affordable original art and modern art paintings are the products of this movement. It represents the period of several experiments that stretched from the 19th to the mid-20th century. Modernism found itself amid an era that was eroded by capitalization, industrialization, changing norms, and many advances in science and technology. The then modern artists found it hard to cope with so much change. Therefore, modernism in modern art paintings was introduced to reflect this rapid change. Diana Roy artist was one of the few to channel her inner imagination and reflect it on the canvas. Her painting journey witnessed many changes in the world; therefore, many of her affordable original art pieces reflect modernism. Diana Roy artist’s paintings span over five decades.

Modernism faced a lot of opposition in its early stages. It questioned all the elements that were never questioned and blindly followed. It questioned the existence of everything around and demanded an answer. Existence as a human being, religion, philosophy, every notion was challenged through the movement. Modernism gave rise to “self-consciousness.” It paved the path for many artists explore themselves through modern art paintings. Diana Roy showcases this in her portraits. Her black and white portraits contain so much meaning buried within that modern challenge ideas.

When did Modernism end?

Diana Roy Artist witnessed the start of modernism and saw its downfall too. Historians believe the age of modernism ended sometime after World War II. The artists saw a wave of emotions in this period. Writes incorporated irony and became more self-aware about their works; artists did not focus on the end-product; simplicity was the new era following modernism.  Architects had abandoned the traditional designs of the older era. Their designs now focused more on functionality rather than the design.

Modern art painting catering to visual arts can be traced back to the 1860s. Painters in this period depicted modern life but also broke away from several traditional art styles. The paintings from this period do not drive attention to real-life incidents on the canvas. Rather, these paintings are just a way to depict painting a canvas spread by a mere paintbrush. During modernism, the artists focused on their media elements and how they could portray them. They ignored the final result and were more interested in the process. The main notions behind modern art paintings were how light affected a certain angle in the painting or how one form differed from the other.

The Rise of Postmodernism

Postmodernism is a term given to the reactionary clauses after the age of modernism. It started around the 1970s and deemed itself a cohesive movement to approach art from a different perspective. It refused to recognize a single style of art associated with modern art paintings. Postmodernism put the conventional definition of art to rest and introduced many other techniques that influence society today. Postmodern artworks can also be seen in Diana Roy artist’s pieces. Her unique blend of the conventional styles infused in eccentric genres is as ight to behold. The transient between modernism to postmodernism witnessed many bumps. Modernism was regarded as a revolutionary movement, which laid the groundwork for postmodernism to take form.